We arrived in Washington DC in the mid-afternoon after our flight from Salt Lake City for the second leg of our USA journey. We loved the outdoor adventures of Arizona and Utah – now for the metropolises of the north-east. The hotel we stayed in was right on The Wharf, a fairly new entertainment district of DC, on the Washington Channel of the Potomac River, with hotels, bars, restaurants and water activities – a pretty touristy strip. For Sydneysiders, it’s like a mini Darling Harbour. We had an excellent view of the wharves from our room (sorry about the glare/reflection from the window).

It was a steamy hot July day, we enjoyed a warm evening swing after dinner. 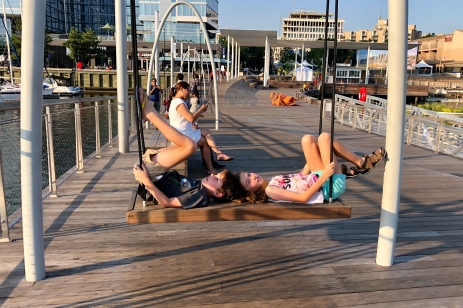 How cool are these little floating gardens?

And sunset from our room over the river was pretty. 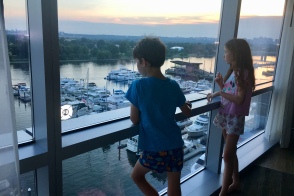 Next day, on our first full day in Washington, we took a walk up to the National Mall – the corridor of monuments and museums for which the city is renowned. It was only a 15 minute walk, but even early it was already hot – the humidity was off the charts. It was a relief when we found our first stop: the Smithsonian’s National Air and Space Museum, for the comfort of the aircon as much as the planes and space stuff. It’s free entry, and being July 3 and a holiday week, the place was packed! There’s more exhibits in there than could ever be seen in a few hours, including the history of flight, the universe, and pretty much everything. There are planes to view inside, and interactive displays for the kids. 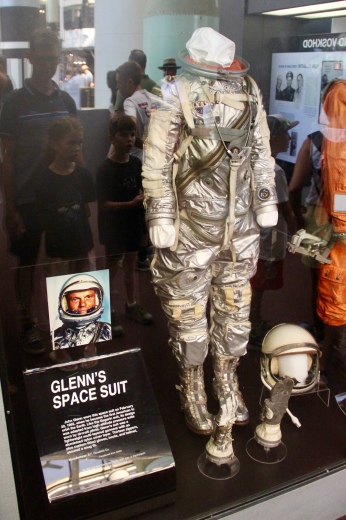 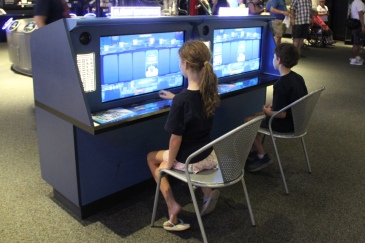 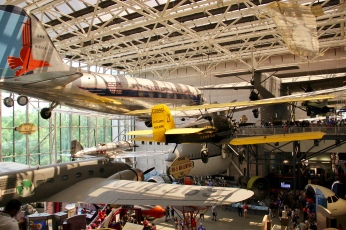 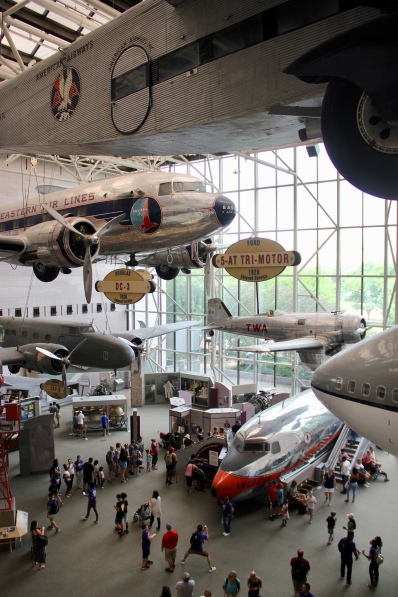 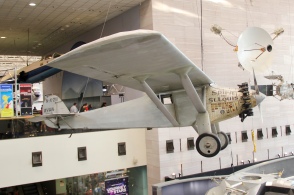 Heading back into the Mall, we got our first view of the Capitol building, and paused for some pics (you can see the preparations for July 4 going on in front) before relaxing in the shade for a while and meeting our first city squirrel. The kids named this one Jeff. (Look, squirrels are exciting for Australians, ok?) 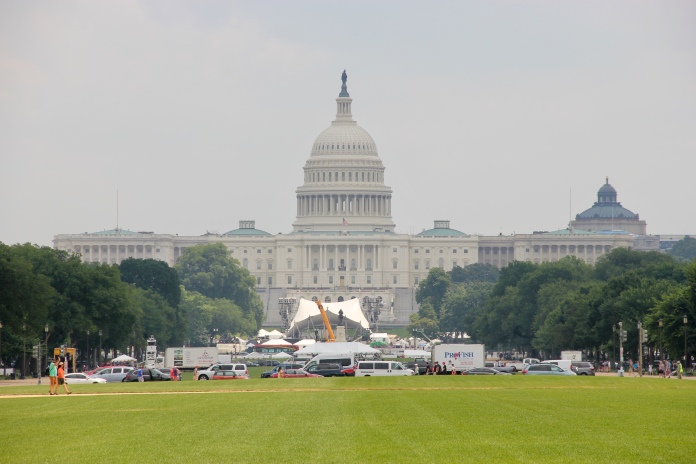 Next, as we headed west towards the Smithsonian Institution building, we wandered on into the National Gallery of Art Sculpture Garden, drawn by the shade and the fountain. We were HOT, and the water was so inviting. Phoebe and Blake started a paddling trend. By the time we left, the fountain was surrounded by people dipping their feet in the pool. The building in the background is the National Archives.

After a quick ice cream on the fly, 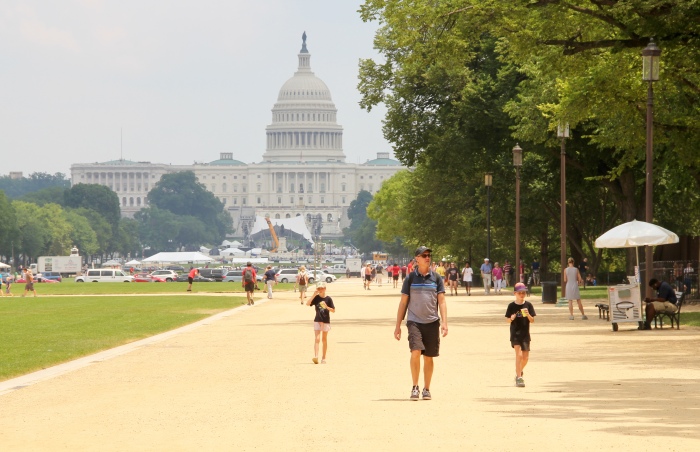 the Smithsonian Institution Building (aka The Castle) was our next stop. This houses the Smithsonian Visitor’s Center, with information about the eleven Smithsonian museums along the National Mall. The Smithsonian has quite an interesting history; coming into being when 18th Century English scientist James Smithson, died in 1829 and left his fortune to the United States, a country he had never been to, with the intention that the US should create an ‘establishment for the increase and diffusion of knowledge among men.’ The Castle is also unique in Washington, causing controversy when it was designed in the 1846 in a medieval revival style to emulate the esteemed English colleges of Oxford and Cambridge rather than in the traditional white classical style of the capital’s other buildings and monuments.

And here we are on front of the Washington Monument. No disrespect intended. It was hot and the grass was soft and inviting. Are they making a W for Washington or asking me when we can go back to the hotel pool? I think the latter… 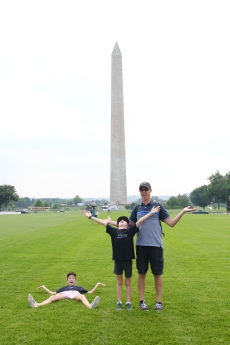 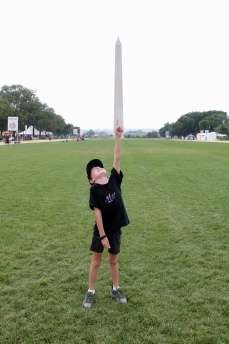 Almost, guys! One more stop: the National Museum of American History. But first, a blister pit-stop.

Band-aid applied, we entered – again for free – and spent an hour or two in another museum where you could easily spend a week. 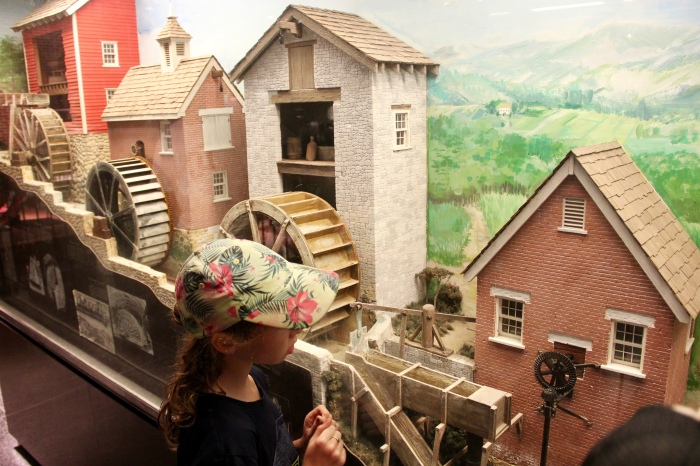 Thus we retired, weary and blistered, to the hotel pool after a long day of walking in the summer heat. Lesson learned: next time, hire a bike.

Next up: July 4 in DC – a bicycle adventure!

3 thoughts on “Washington DC Part I: the Wharf, the Mall and the museums”