After a long and hot walk around the National Mall the day before, on July 4 we made the wise move to hire bikes to cover a bit more ground in the heat and the crowds. I’d definitely recommend hiring bikes in DC – with Bike and Roll DC your rental includes a bike lock, so you can just ride between museums and monuments – definitely the best way to get around.

From Bike and Roll’s shop at L’Enfant Plaza, we slipped through the Smithsonian Castle’s back gate and made our way through to the National Mall, where preparations were underway for the Independence Day parade. 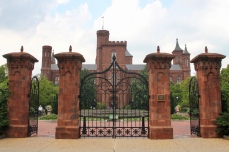 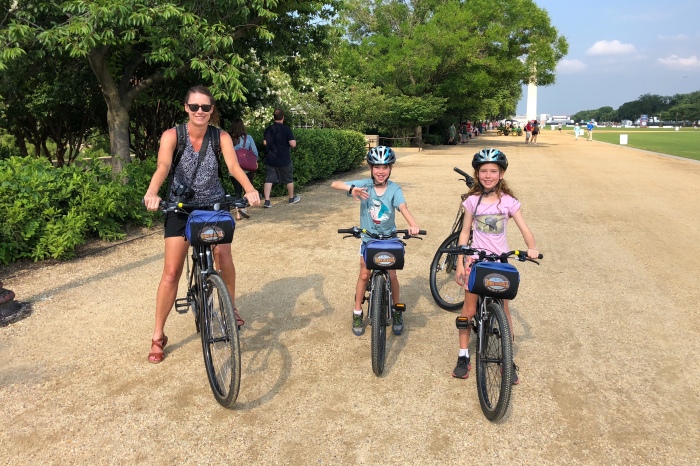 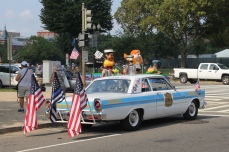 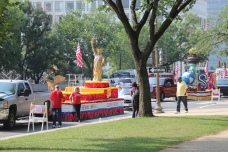 With Constitution Avenue closed to cars in preparation for the parade, it was the perfect day to roll on through. 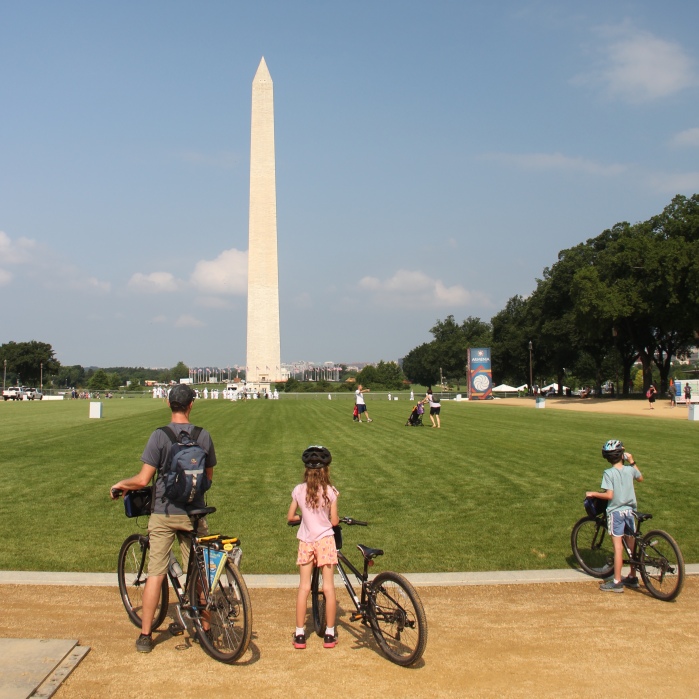 We popped by Donald’s place. Big preparations in action. Snipers on the roof? A policeman may have yelled at me when I was taking the second shot right at the fence.

Next stop the Lincoln Memorial and those famous steps from which Martin Luther King delivered his ‘I have a dream’ speech. The Reflecting Pool was fenced off for the July 4 fireworks. 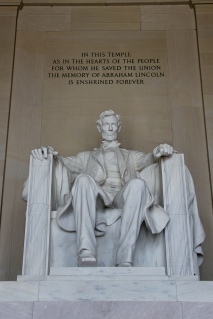 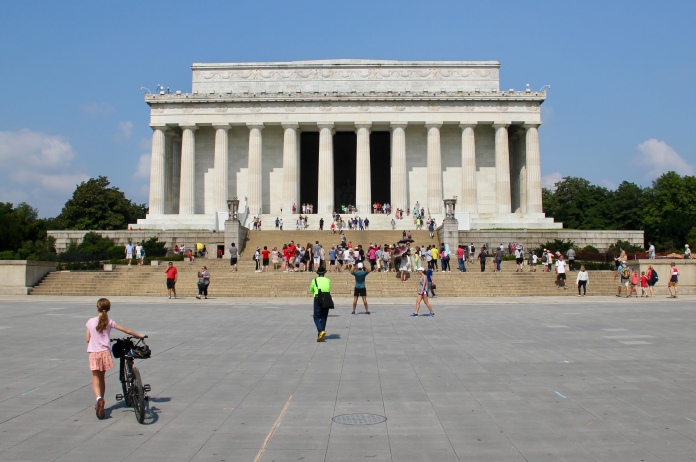 Ready for lunch, we rode 2.5km on the bike trail to the Georgetown waterfront, along the Potomac River. 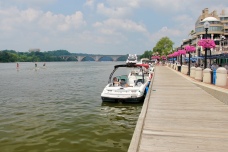 After lunch we took a little excursion up the main street of historic Georgetown, then headed back… past the Watergate Hotel (top right). 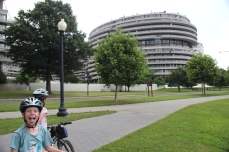 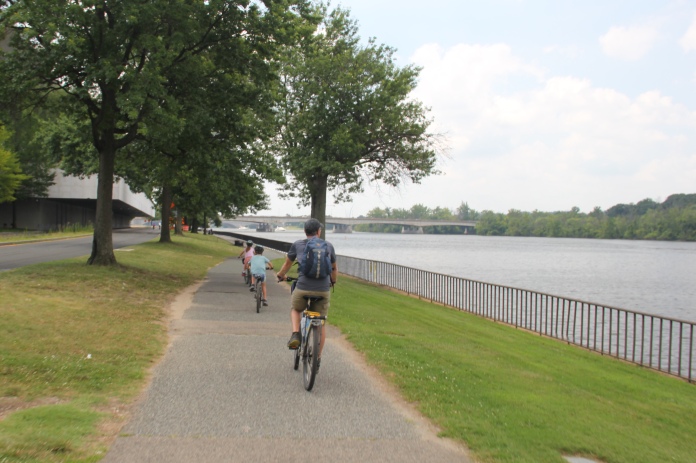 We arrived back on Constitution Avenue just in time to catch the end of the parade, and while I’m not a fan of flag-waving nationalism, I have to admit being in the midst of such a big national day in the capital was a lot of fun. Rosie the Riveter is still going strong, and Smurfette – an American icon? 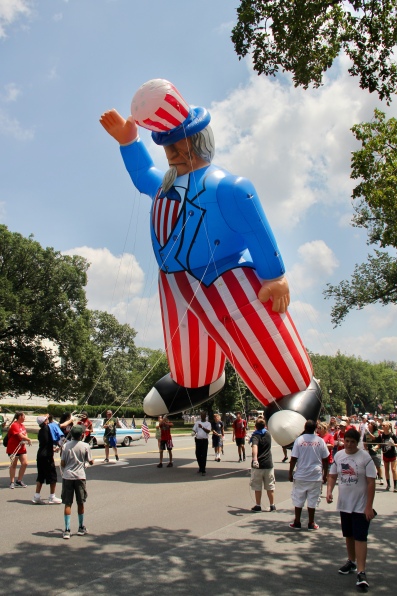 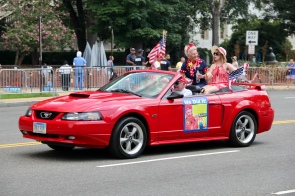 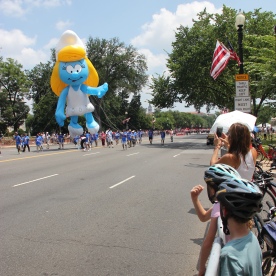 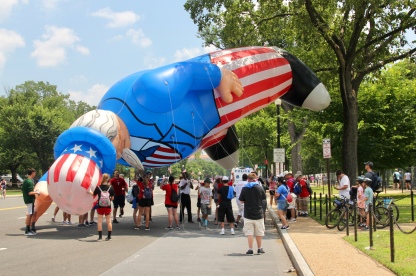 On the way back we popped by the Korean War Veterans’ Memorial, the MLK monument and Jefferson’s roundhouse (the Jefferson Memorial – he liked round buildings, apparently). 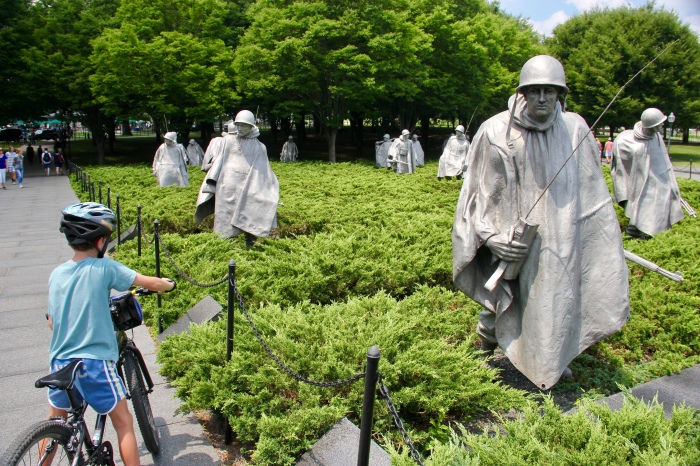 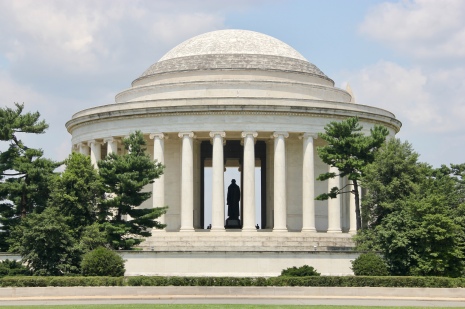 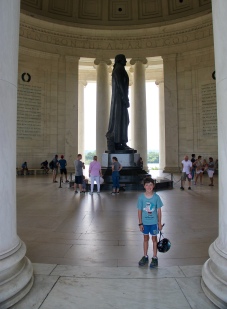 All of this propaganda carved into stone and marble, as beautiful and powerful as it is, brings to mind the great fallen empires of Greece and Rome – in more than simply the classical architectural inspiration. History would suggest that these monuments to the modern gods will one day be all that remains of the once-dominant USA, crumbling to pieces in a very different world.

On that note, would you believe we fit an afternoon kayak on Washington Channel in before dinner? 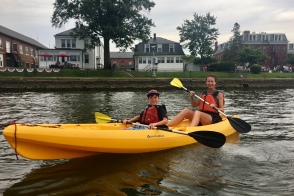 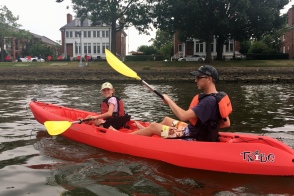 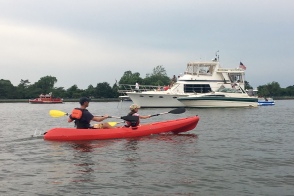 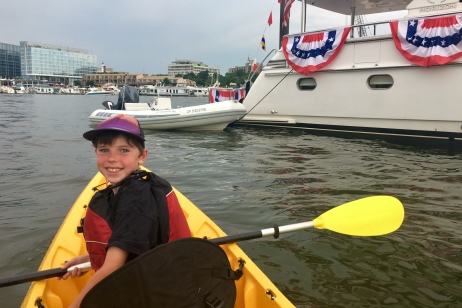 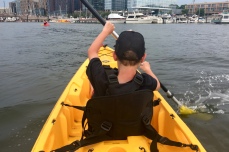 And back on the wharf, the locals were into the spirit. 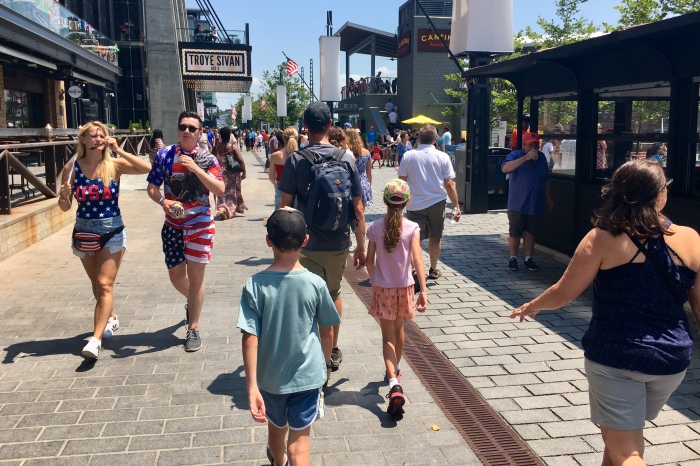 Fireworks on the wharf through the boat masts finished off a massive touristy day! 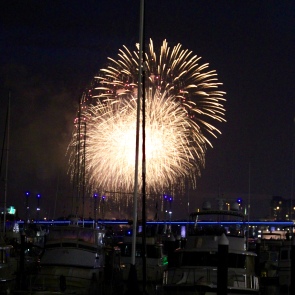 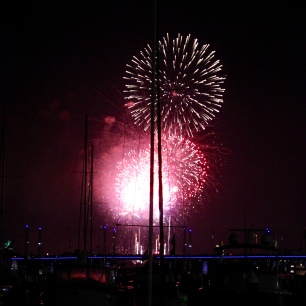 And so endeth our day celebrating the birth of the USA with its independence from England. The Declaration of Independence was adopted on July 4, 1776, which is far more important for we Aussies than we may think, because now the motherland needed a new colony, didn’t she? Happy fourth!

Oh, and here’s a little video of our ride.