After a quick game of Connect Four on the wharf, we boarded our ferry for the 25-minute trip south on the Potomac River to Alexandria, Virginia, a little historical town known for its well-preserved 18th and 19th century buildings. 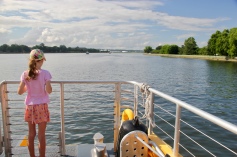 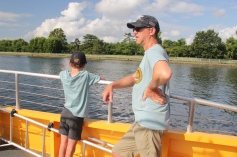 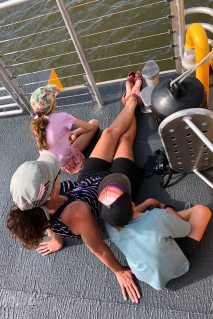 We took a little morning wander up the brick-paved King St and back down Prince St, passing through leafy cobblestoned Captain’s Row, the old sea captains’ residences, established in 1783. Some houses still have gas lights burning out the front. 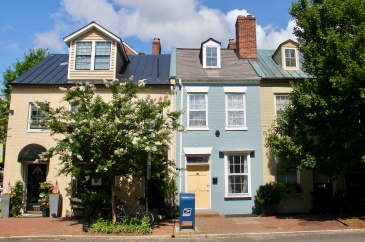 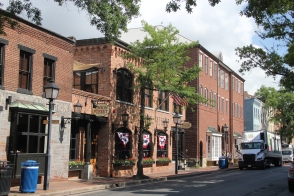 Back down at the wharf, we boarded our next boat, bound for Mount Vernon, George Washington’s plantation estate further downriver in Virginia. The estate sits on a hill overlooking the Potomac and is preserved as a living museum, where workers tend the orchards and animals, shipwrights build boats using tools and techniques of the Washington’s time, blacksmiths work the forge and museum docents provide information about the mansion, slave cabins, and farming methods.

Originally built as a much smaller residence in 1735 by Washington’s father, George acquired it in 1754 and he made significant renovations and extensions over the course of 45 years to create the mansion that we visited. 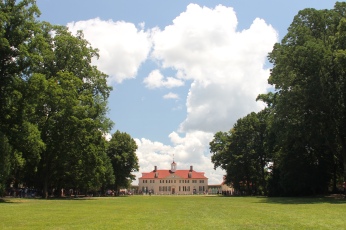 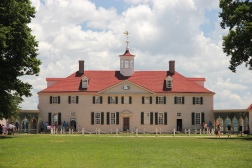 Interestingly, the exterior panels of the house are pine, but Washington had the wood beveled to look like bricks, then added sand to the wet paint to create the stone look to impress his visitors. Stone was expensive and hard to source when the house was built. As long as no one knocked on the walls, his secret was safe.

To end the day, I took a night tour of the DC monuments with Bike and Roll DC. Though I’d seen most of them in the day, the guided tour provided more information on each. Just be aware, if you think you’re going to miss the crowds going in the evening – think again. The Mall was crazy busy with tour buses, Segway tours and bike tours!

I learned that Franklin D Roosevelt requested not to have a memorial, or to have one no bigger than his desk. While this request was granted and for several decades he had only a small memorial in the Sculpture Garden, in 1997 the biggest memorial on the National Mall was dedicated to him, with four separate ‘rooms’, including a tribute to his dog, Fala. Hmmmmm. Well, he was elected to office four times. Eleanor Roosevelt is the only First Lady to be immortalised on the Mall. Good for her. 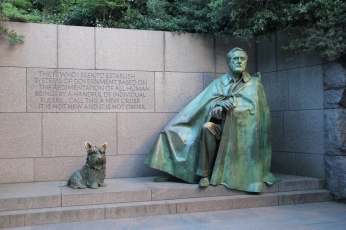 MLK’s tribute was powerful at night – the stone of hope carved from the mountain of despair.

The Lincoln Memorial is imposing lit up at night.

And I couldn’t miss the Washington Monument and Reflecting Pool. 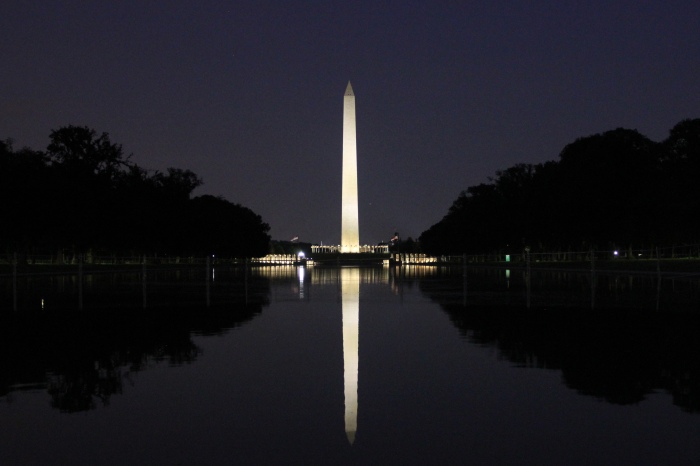 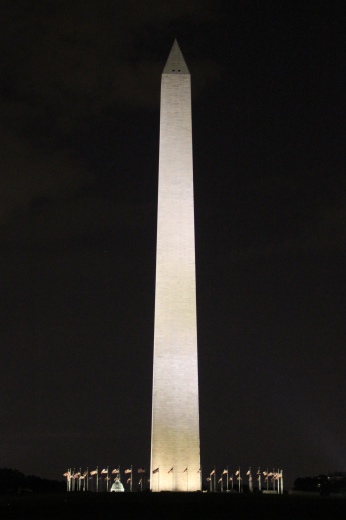 Next morning, we said goodbye to Washington DC from Union Station and boarded our train. Next stop: New York. 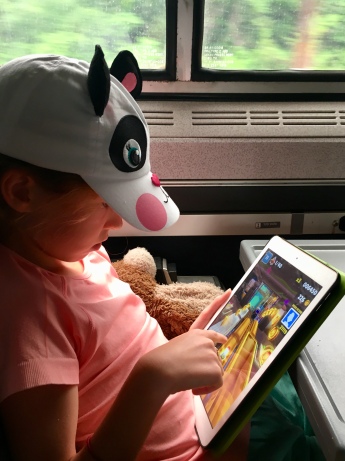